skip to main | skip to sidebar

Mario García Joya (Mayito) is without a doubt one the most influential photographers and cinematographers Cuba has produced. He studied at the San Alejandro Fine Arts Academy (Havana) and graduated with a degree in Hispanic Language and Literature -Cuban Studies - at the University of Havana, 1978.

Since 1966 he has been Director of Photagraphy in more than 90 feature-length films, including "A Cuban Struggle Against the Demons," "The Last Supper," "The Survivors," "Up to a Certain Point," "With You in the Distance," "Letters From The Park," and "Strawberry and Chocolate," wich was nominated for an academy award in 1995. These film were directed by Tomas Gutierrez Alea and filmed in Cuba and Mexico. "Tiempo de Morir", directed by Jorge Alí Triana in Colombia; "Milagro en Roma", in Colombia and Italy directed by Lisandro Duque; "Lejanía", by Jesús Díaz, in Cuba; "Río Negro", directed by Atahualpa Lichi, in Venezuela, and "Malabrigo", "Alias La Gringa" and "Coraje" directed by Alberto Durán, in Perú and Spain.

Since 1995 he has worked in the United States in several films such as HB0's "Modern Rhapsody," directed by Elly Friedman; "Paradise Lost" by Herb Freed; Showtime's The Princess & the Barrio Boy," directed by Tony Planas, Cine Son Production's "Cachao, Como Su Ritmo No Hay Dos," directed by Andy García; and Cosalinda Entertainment "Tears of the Soul" - a digital film directed by Yvonne López Arenal.

He has received numerous awards for his work as a photographer and cinematographer, including Premio Coral for best Cinematographer, Festival Internacional de Cine in Havana Cuba, the Premio a la mejor Cinematografia at the Bogota International Festival; The premio Casa de Fotografia, at Casa de Las Americas in Havana, Cuba. Jose Tabio Award at the First Bienal of Havana and The Revolution and Culture Award at the Second Bienal in Havana, Cuba and The First Salón Internacional of Budapest Hungría Award, among others. In 2002 the John Simon Guggenheim Memorial Foundation honorees his works with its prestigious fellowship.

Since 1997 until the present time, Mayito has been one of the Directors of the Cuban American Cultural Institute, a non-profit organization located in Los Angeles, California, founded to preserving and promoting the values of the Latin American culture.

WELCOME TO OUR PHOTO GALLERY 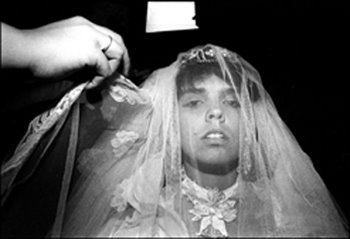 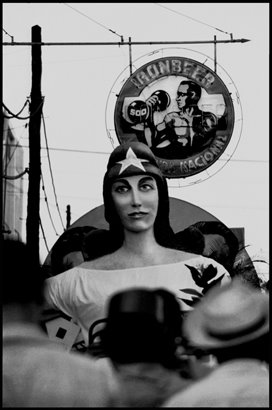 "All photographs on this site are the exclusive property of the authors and protected under U.S. and International copyright laws."